A crazy combination of MOBA and FPS 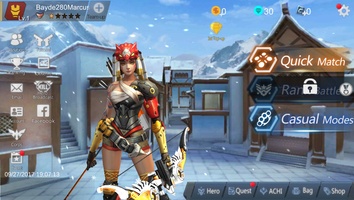 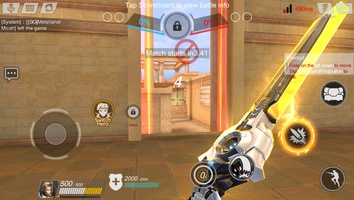 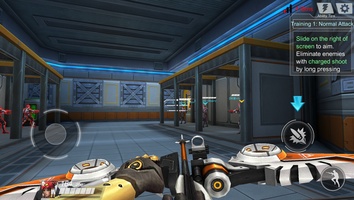 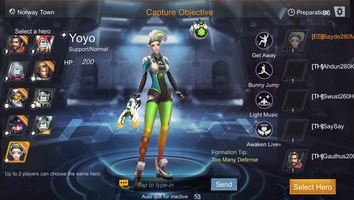 Advertisement
Heroes of Warfare is a first-person action game inspired by Overwatch (both in terms of aesthetics and also playability). In this game, you can choose between more than a dozen different characters, each one with his or her own abilities, strengths, and weaknesses.

The controls in Heroes of Warfare are typical for the genre: there's a virtual D-pad on the left side of the screen and action buttons on the right. You can shoot, recharge your weapon, jump, and use special abilities. Each character also has his or her own life points and defense values.

Games in Heroes of Warfare take place in relatively large settings and are always between two teams of five players, so it's smart to choose teammates with characters who best complement your abilities, as you would in any MOBA.

Heroes of Warfare is an excellent combination of MOBA and FPS that has great graphics and fun gameplay. The games also last the perfect length of time for playing on smartphones.
Reviewed by Andrés López Translated by Taryn
Advertisement

Why is this app published on Uptodown?
(More information)

Not bad the game, but the graphics is not too much eh Similar to Heroes of Warfare

Oh God!
Purify Heaven and set an example by condemning to Hell
Fruit Rush
Anger of stick 5
Beat levels on the basis of your anger
Tanki Online
Destroy enemy tanks while protecting your own
Hay Day
The most entertaining farm on Android
Athletic Club
Futbin
A FUT 18 database for you to explore
World of Warships Blitz
Online battleship combat